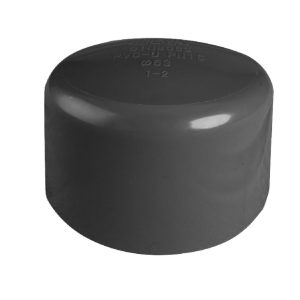 End cap
Back to products A foot valve is a sort of check valve that is often located at the bottom of a pipeline or at a pump (hence the name). Foot valves function similarly to ball check valves, but they have an open end with a shield or screen covering it to prevent debris from entering the line.
Foot valves keep the suction line between the tank and the pump set primed by preventing oil from returning to the main tank. Foot valves offer a better level of safety than check valves, which may be situated closer to the pump set.

A foot valve is a sort of check valve that admits just one direction of flow. When conditions necessitate the use of a pump, use foot valves. For example, when water must be removed from an underground well. Foot valves keep the pump primed by allowing water to enter but not leave, making them perfect for usage in pools, ponds, and wells. They function similarly to ball check valves. They do, however, have an open end with a cover or screen over it to keep debris out of the line. The valve opening is bigger than the line itself to minimize head loss.

What are the properties of the foot valve?

For ease of installation, most foot valves contain self-tapping male and female threads. Internal balls provide for rapid sealing and valve response, and it is adaptable to a variety of water pump applications. These involve well development and sampling and purging of volatile organic chemicals. Foot valves are less expensive than other types of valves. Foot valves are often composed of heavy-duty cast iron and bronze, as well as PVC. In order for them to live longer while submerged in water.

Why Do We Need Foot Valves?

Foot valves are useful. They protect water pumps from damage caused by dry runs. They also aid in reducing energy waste. These valves are an essential component of all water pumping systems. The above example demonstrates how the foot valve operates on a very tiny scale. Consider the consequences of not employing a foot valve in higher-volume scenarios. Water must be pushed from sumps on the ground to tanks on top of buildings, which necessitates the employment of strong electric pumps. These pumps, like the example, normally function by creating a suction that drives water upward through the pipe system to the destination tank.

Foot Valves and Their Applications

Foot valves are utilized in ponds, pools, wells, and any other location where a pump is present. These valves are utilized in sump pumps, intake pumps for rivers and lakes, pneumatic brake lines for commercial vehicles, and other applications where pumps are required. They work just as well in an industrial environment as they do in a private pond.

Foot valves serve to keep the pump primed. Allowing liquid to enter but not leave. There are screens that cover the valve opening and become blocked with time, particularly when used to retrieve water from wells or ponds. As a result, it’s critical to clean valves on a regular basis to keep them running smoothly.

How does a foot valve function?

Most foot valves include an intake strainer. They filter incoming water and protect valves from harm. Electric pumps are used to move water from one level to another. This would need a significant amount of energy. If the pump is switched off, the suction is removed and the water flows back to the source owing to gravity. Foot valves can be used to avoid this. When the water pump is switched off, foot valves prevent water from flowing backward through the pipe. Thus, the column of the water in the pipe is maintained and all the concerns are handled. It’s a check valve, and they only open in one direction, therefore the foot valves would only allow unidirectional flow, and it would seal off when the flow direction was reversed.

They are installed at the pick-up end of the pipe, at the very bottom. A lower level pump is utilized to retrieve the water. The pump will then produce suction and suck water from the lower level, causing the foot valves to open owing to the upward pressure. When the pump is switched off, the pulling power is gone, and water flows downward owing to gravity attraction, which is blocked by foot valves. As a result, the foot valve is an essential component of the pumping system. PVC Tees are used to join three pieces of PVC pipe of the same diameter, creating an interlinking change of directional flow within the pipe system.
Add to wishlist
Read more
Quick view 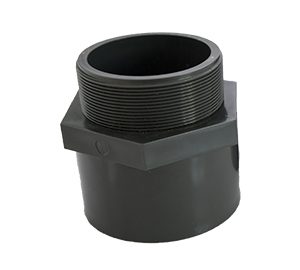 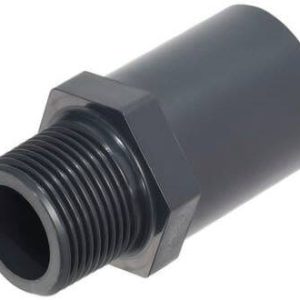 The valve socket is solvent cement jointed to a pipe spigot. The male-threaded end of the valve socket provides a connection for a PVC, brass or galvanised wrought iron threaded valve-type fitting. Aqua hub offers this product at the most attractive price around, which satisfy the requirements of both strength and durability. Available in: 25 mm, 32 mm, 40 mm, 50 mm, 63 mm, 75 mm, 90 mm
Add to wishlist
Read more
Quick view 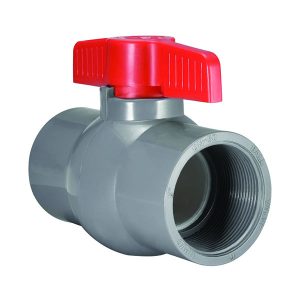 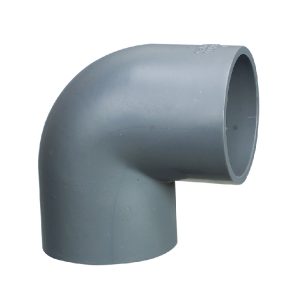 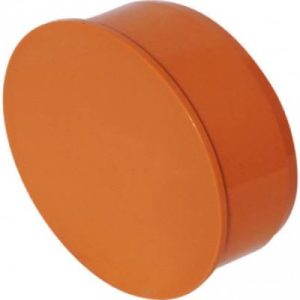 End caps act as protective device and are designed to protect pipe ends of various shapes. The main purpose of using pipe caps is to waterproof the connections. They are also used to close the ends of hydraulic or pneumatic pipes and tubes. They are used in the plumbing apparatus of domestic, commercial and industrial water supply lines, machinery and processing equipment etc. They are also fitted on water pump lines with the sole purpose of removing air blocks. Pipe caps are highly demanded as an important category of pipe fittings.
Add to wishlist
Read more
Quick view 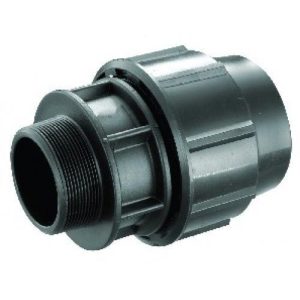 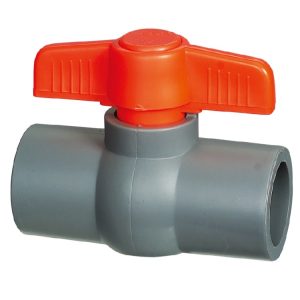